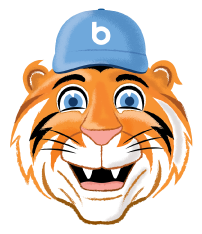 Justin Byrd began his career with Bank of Bartlett in 2009. As Controller and then promoted to Chief Financial Officer and 1st Senior Vice President, his primary areas of focus include fixed income portfolio management, asset-liability management, and financial reporting. Mr. Byrd earned a Bachelors in Accountancy from the University of Mississippi, a Masters in Science of Accountancy from University of Memphis, and a Certified Public Accountant designation (inactive).

Patrick W. Lawler is Chief Executive Officer of Youth Villages, one of the largest private providers of services to troubled children and their families in the country. Youth Villages provides services to more than 36,000 youth each year in 101 locations across 24 states with 3,600 employees. He began as a counselor at Tall Trees Guidance School when he was 18 years old and then worked at the Juvenile Court of Memphis and Shelby County for five years before becoming CEO of Youth Villages. Pat also serves on boards with the Diocesan Review, the Society of Entrepreneurs, and St. Paul Elementary School. He is a graduate of Memphis State University.